The Heart of Justice 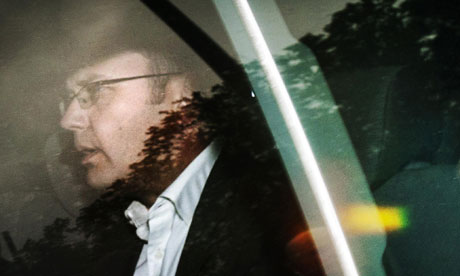 We heard it often during the trial. Perjury was one of the worst crimes of all, "Striking at the Heart of Justice." was how the Advocate Depute liked to put it to the jury. The Judge gave Tommy Sheridan three years imprisonment.

Two years on the mood music has changed. Andy Coulson is detained for alleged perjury at the perjury trial and, suddenly, lying in court is less of a big deal. Any idea that the guilty verdict and subsequent jail sentence suffered by Tommy Sheridan may have been influenced by two days of allegedly false testimony given to the jury by Mr Coulson is being laughed off.

The argument that phone hacking is irrelevant to the Sheridan trial is not a new one, it was extensively discussed in 2010 as the case proceeded. Indeed the Crown objected to evidence about the issue being presented to the jury a number of times.

The presiding judge, Lord Bracadale ruled on this issue. He decided that, as a part of the accused's defence rested on the idea that persons employed by News International had conspired to “do him in” , it was perfectly legitimate for the defence to lead evidence about News Group’s practices, hence Andrew Coulson giving evidence at all.

We can also note that the police’s decision to charge Mr Coulson must have included consideration of this legal definition of perjury in Scottish Law:

All that is required is that it should be clearly understood that a charge of perjury will not lie unless the evidence alleged to be false was both competent and relevant at the earlier trial, either in proof of the libel or in relation to the credibility of the witness.”

It is important to stress that no-one, least of all Mr Coulson, has been convicted of anything yet and as far as I am aware there is no active appeal from Tommy Sheridan against his conviction. What strikes me though is the dismissal of the simple concept that any guilty verdict is in question when a witness is charged with lying in court.

Joan McAlpine, Hacking and the News of the World


The Scottish Daily Record reported today that the contact details of Joan McAlpine MSP were found in the notebooks of convicted phone hacker Glen Mulcaire.  Ms McAlpine also devoted her regular column in the paper to her reaction to this news.

I spent much of 2010 covering Tommy Sheridan's trial for perjury and the news that Ms McAlpine was a potential victim of phone hacking  rang a bell. It turned out her name had been mentioned during the trial, and after some searching of my notebooks I've managed to locate the reference.

It came from  Crown Witness Anvar Khan, who in 2006 was employed by the Scottish News of the World as a columnist. Ms Khan was asked by the Advocate Depute about a series of  meetings she had with the newspaper's Scottish editor, Bob Bird. One discussion mentioned was at the newspaper's Christmas party. At this event, Ms Khan testified, she had asked Mr Bird 'what stories the paper was working on' ? According to Ms Khan he replied "We have information on Joan McAlpine."


At the time, no-one followed up on that  statement, it was irrelevant to the case in hand so received no attention from the assembled press corps (myself included) . However given today's revelations it raises an interesting question. The focus so far of the phone hacking enquiry has been on the national edition of the News of the World.  However it is difficult to see why the News of the World nationally would be interested in the the goings on of SNP candidates and Scottish ministers.  If phone hacking of prominent Scottish people  did take place, would the instructions not ne  more likely to come from Kinning Park than Wapping?

Strathclyde police are currently engaged in a major investigation on these matters, Operation Rubicon   We cannot, pre-judge that enquiry but surely now the position of the Scottish Government, that phone hacking is an exclusively  "English" problem is becoming untenable.
Posted by Open Justice at 21:06 No comments: